Every major sailing event showcases performance of the international sailors in a different light. 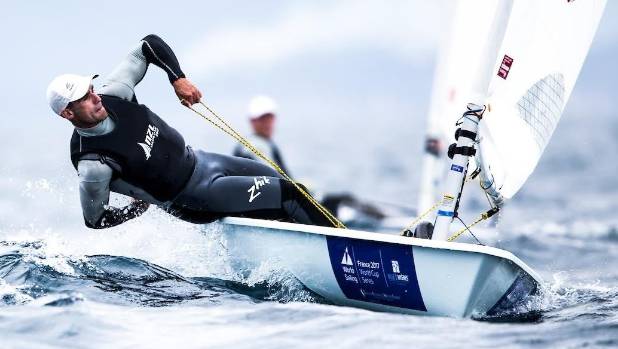 For instance, Sam Meech who made notable headlines with his performance in Rio Olympics finished in the third position in the final medal races of the World Cup Series that was held in Hyeres, France. He left with mixed emotions as he feels that there were considerable ups and downs in the results.

Being a bronze medalist of the Olympic category, he finished in the overall ninth position in the laser class that had 60 participants in total. The third race of the regatta saw him a winner. He also had four finishes in the top ten in other races. However, he felt that he could have fared better overall that would have showcased in the final medal race. The weeklong series saw him have some good sailing days and he had fun as well. However, in certain cases he disappointed himself and cost himself points that affected the overall results. END_OF_DOCUMENT_TOKEN_TO_BE_REPLACED

One of the world’s top luxury ship makers has showed the newest of their luxury concept boats – Symmetry. The grand and stunning super yacht that was exhibited at Monaco Yacht Show 2015 is made stand at a grand five-hundred and ninety feet in length and sport 6 decks worth of perfection.

Sander J. Sinot, the Netherlands-born and based custom-designer of super yacht concepts designed the yacht. The grand concept yacht has space for thirty-four guests as well as boasts features that include an infinity pool, a home cinema and a private spa.

Each of the 6 decks have a particular character and function – The Beach Deck has a mid-ship beach lounge showcasing a seawater pool as well as float in tender bay and Guest Deck has a outstanding mid-ship pool along with a glass bottom, several spacious VIP rooms along with en-suite lounges and balconies.

Hotel Deck caries several guest facilities like lounges, dining areas, bars, gym, garden as well as an exterior pool whereas The Wheelhouse Deck has double steering placements to conciliate bi-directional manoeuvrability. Other decks include an office, a kids’ playroom, library, sky lounge as well as an exterior deck along with lounge seats.

As a whole, Symmetry will have around 1000 square meters of exterior deck space. Sander J. Sinot, the designer, told that the yacht’s layout is made by symmetrically building up from the centre, instead of using the traditional linear set up.